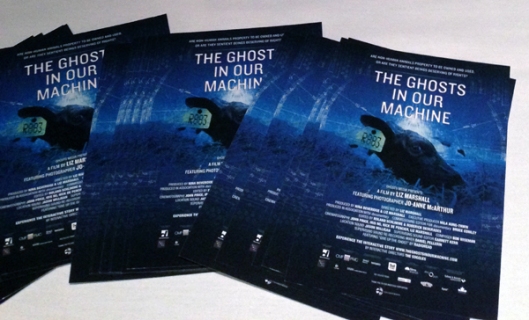 This blog post is long overdue, so you have my apologies in advance. You see, I was all pumped up and inspired after having attended the 2nd annual Rehoboth Vegfest the weekend of June 13-14-15, my mind totally full of all the amazing blog posts I wanted to write and my smartphone memory maxed out with photos. Then I came home and the very next Monday we had a death in the family. But, don’t feel sad for me — this passing was not a surprise. While I will miss this family member dearly, I’m relieved the pain and sickness are over.

How ironic that I could finally breathe a sigh of relief now that the pain and suffering of a loved one had finally come to an end after I had just attended a documentary screening that captured the on-going suffering of animals; sentient beings whose quality of life are so seldom given a moment of thought by most of humanity. And yet, animal use permeates nearly every facet of our lives, from the food we eat, the clothes and accessories we wear, the toiletries and perfumes we use on our bodies, the materials in our bedding, and so much more that we take for granted. That’s why a documentary such as “The Ghosts in Our Machine” is so pertinent.

“The Ghosts in Our Machine”, written, co-produced, and directed by Liz Marshall, follows animal photo-journalist Jo-Anne McArthur as she photographs animals in their present states of confinement. The film juxtaposes shots of crammed and bewildered animals on fur farms, a loaded truck of pigs headed to slaughter, and the medical record of a beagle who has undergone so much testing it’s a wonder that she was still alive, against Jo-Anne’s respite at Farm Sanctuary where rescued animals live full and lovely lives with their human caretakers.  Whether under duress or romping freely at the farm, all the animals in the documentary tug at our heartstrings thanks to the up close and personal filming efforts by Liz and her tireless crew. Needless to say, as the documentary’s title suggests, the shots of the animals being used for human “need” are haunting. The fear, sadness, and hopelessness is overwhelmingly evident in so many of their glossy eyes.

But not all hope is lost.

There are stories of people who care; who are working to make the world better for animals who have, and are, suffering; such as the staff and volunteers of Farm Sanctuary I have previously mentioned. A side plot of the documentary follows Jo-Anne meeting with various book and magazine editors and publishers in order to land an opportunity to publish her photographs for the masses to see while shedding light on the plight of animals. (You’ll have to see the film to find out what happens!) I don’t want to give too much away. I’ll simply say this, despite the tragedy captured in this film, there are moments that are inspiring.

Speaking of inspiring, after the screening there was a Q&A session with Liz and Jo-Anne. Liz revealed that as a result of making the documentary and witnessing the situations she did, she made the decision to go vegan. If that’s not a small victory, I don’t know what is. Imagine if one person went vegan after each screening and that person touched the lives of others and inspired them to go vegan. Out of the cinematic ashes of animal suffering and death, other animals could be spared in the future simply from someone adopting a vegan lifestyle.

I’ve never been to a film screening where the “stars” of the movie were present. I doubt Liz and Jo-Anne would think of themselves as such. What an honor to hear these women, these brave, selfless, and determined women, share their journey. Both ladies spoke intelligently about their experience with the film without an ounce of “blame” assigned to the situations they encountered. When faced with such devastating and shocking scenarios, it’s human nature to want to know “why” and to “who to blame,” yet they didn’t allow any personal feelings to interfere with being able to speak candidly about the film and their experience in its creation. At one point, someone asked Jo-Anne how she could witness what she did (and does) and still have hope for humanity. With a sweet smile, she joking said “a good therapist”, but also added she needs to stay strong for the animals; to continue her efforts because there is still so much more that people need to know. Amazing. Just inspiring! 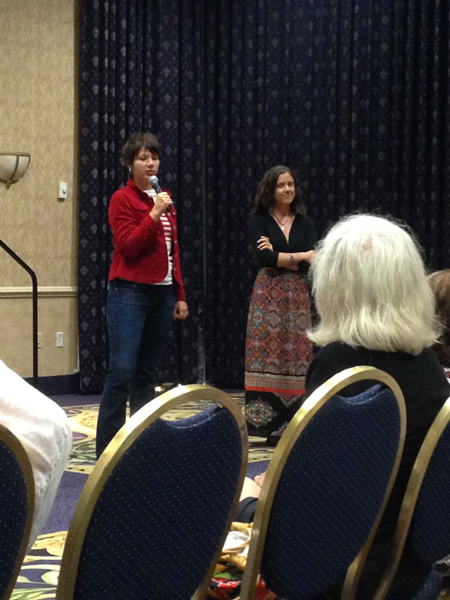 There are many educational points to this film. So, no matter if you are vegan, vegetarian, omnivore, or are an omnivore who has no intention of going vegan, if you share this planet with animals, you should see this film and learn how these creatures who, through no choice of their own, are forced to contribute so much to society at large. Be a witness for these animals who have passed in our lifetime. Don’t allow them to have died in vain. Died as nothing more than ghosts. 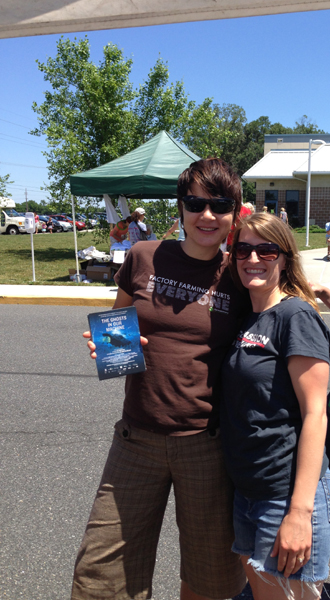 Liz Marshall and me 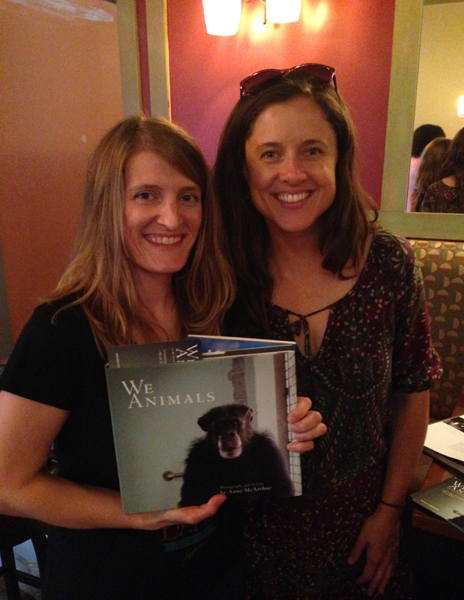 Jo-Anne McArthur and me

It’s Got Vegan In It via RSS (Chrome users, you might need to install the “RSS Subscription” extension)

It’s Got Vegan In It

It’s Got Vegan In It